Close
Categories
Subscribe and get only useful articles!
News

What services were affected, the preliminary causes of the breakdown and the reaction of users of the still "live" Twitter in one article.

On October 4, netizens complained of problems accessing Facebook, Instagram and WhatsApp. Journalists and technical experts suggested that this was due to changes in the domain name system, the Internet literally "stopped seeing" Facebook and its associated sites. Due to the influx of users from this social network, others have become slower.

In the beginning, Facebook and company-owned apps crashed. Following them, interruptions in the work of other social networks began

At 18:45, netizens started reporting problems accessing Facebook, Instagram and WhatsApp, both through the web version and through mobile apps. WhatsApp users also complained about the inability to send messages.

Representatives from the Facebook support team said they are aware of problems accessing the company's applications and are working on troubleshooting.

Instagram also confirmed disruptions in the work of the social network. They promised to resume work soon and asked users to "be patient a little". 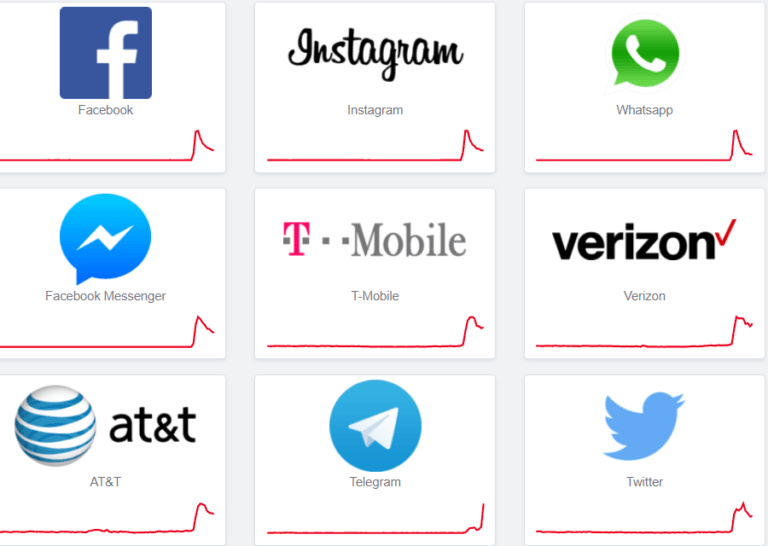 Possible Cause of Failures

DNS records that tell systems how to find Facebook or Instagram have been removed from global routing tables this morning, journalist Brian Krebs said.

The Domain Name System (DNS) allows you to map the domain names of web resources to the IP addresses of the physical devices on which they are located. This is analogous to the "telephone directory" on the Internet: DNS converts user-entered site names into numeric addresses.

The journalist noted that it is not known why the DNS records were removed. Krebs believes that this was probably due to an internal update of the Facebook system. The deletion of the recordings has been confirmed by other journalists and technical experts.

Update2. On October 5, around 1:00, social networks began to announce the possibility of using Facebook, Instagram and WhatsApp. In general, the services were not available worldwide for about seven hours - this is the largest such failure in recent years.

News
Rate this article:
( 24 ) ( 4.9 ) 5
Comments
No reviews yet
Only reliable methods of promotion
Secure payment through the Fondy service
Positive feedback from our customers
Promotions and discounts
Cart